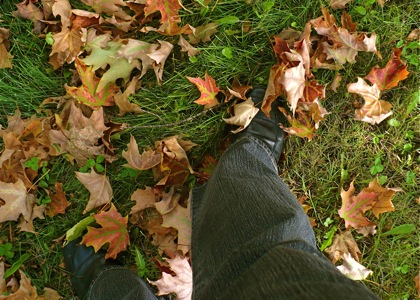 The fall equinox arrived this week. The night, stretching its arms and legs, getting longer, bolder, casually snatching minutes from the day.

Still, there is a sultry whisper of heat in the air, and an encore of black eyed susans, geraniums,
and unnamed pink and white flowers in my yard. 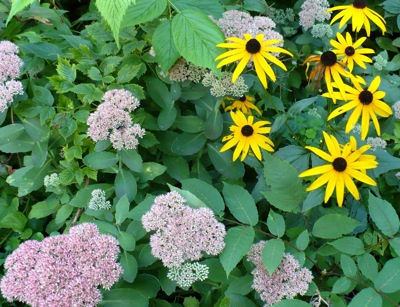 The other night, I bicycled to Ossington in the lingering golden light of 6 p.m. Everyone looked pretty, strolling the sidewalk, catching a last breath of summer on their bare arms and faces. We all know what’s coming – cold and snow and layers of clothes.

I was meeting The Girlfriend at Pizzeria Libretto. The place has been getting rave reviews since it opened one month ago, so we were a bit reluctant, worried it’s beeen swarmed by richie-rich foodies from King Street condo land. But we wanted to try. 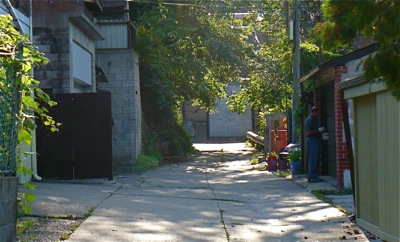 I was early, and there was no lineup (not yet) so I locked up my bike and sashayed across the street to the Crooked Star It’s a charming, slightly shabby bar with and ironic atmosphere and a generous wine pour. I ordered my glass of red at the crescent-shaped bar and headed out to the patio to catch the day’s twilight performance. 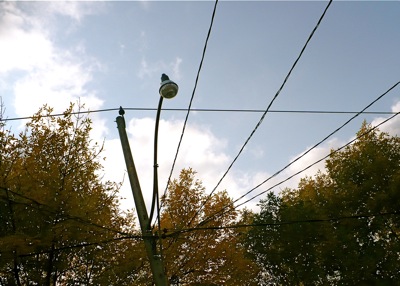 Oddly, there was a guy shucking oysters out there. I thought maybe I’d stumbled onto a private party. I pondered faking my way in. But no, I was legit. We want to celebrate the end of summer. It’s a neighbourhood thing said pleasant-faced Oyster Shucker Guy. He handed me a raw shucked oyster . It looked like an eye blinking in the fading light. I ladled on some mignonette, applied a wedge of lemon and swallowed it down.

I sighed, deeply: the ocean in my mouth, briny, wild, sharp and somehow sweet at the same time.

Those oysters are from PEI said Oyster Shucker Guy. I know the folks who farm them. Very old school. They go out in a boat and pull the oysters up with giant tongs. I could see it, the boat, the tossing waves, the hauling in. I gulped back another oyster, this one from new Brunswick. I watched people drift in and out of the patio. Japanese, Caribbean, anglo…a swirl of languages. I love how multicultural this city is.

My cellphone blurted at me. We’re on the list said The Girlfriend. I’m on the corner looking for you. I took a last sip of wine and found her across the street, wearing a confident smile and a blue shirt the exact colour of a summer sky. We took deep breaths and headed into the pizzeria, where once had existed a Portuguese grocer who sold also terracotta pottery. I have a lovely pie plate I bought from him, trimmed in blue filligree. I wonder where he is now.

We ended up at a long communal table. I panicked at first: it had been a day of many conversations, of lecturing and of posing and answering questions. The noise in the pizzeria was daunting.

You. Should. Try. The. Mushroom. Pizza. said the man next to me. It’s. The. Best. His wife nodded enthusiastically. Between them sat their two kids. One was colouring, the other, maybe age 4, was looking at her Margharita Pizza with great skepticism, like she wanted to send it back and demand Mac ‘n Cheese instead.

We did indeed order the pizza al funghi. And the salad with grilled peaches and champagne vinaigrette.

We’d been having a tough time of it lately. Misunderstood intentions. Misdirected anxieties. And work, the work of relationship, at the moment when an autumn chill sets in, you feel it in the evening and you’re not ready for it, please, no, not yet. Intimacy, love, and the superhuman strength it requires. Love is more than what it gives you, sang Veda Hille in a song whose name I can’t remember now.

We took our first tastes of the pizza and grinned at each other. The young dad next to me looked over at us, pleased. I thought I saw the little girl roll her eyes.

A crisp, tasty crust made with local organic flour. Tallegio and Ontario mozzarella cheese, a lively mix of herbs (tarragon? fennel? the guy next to us surmised). And the mushrooms, tasting of deep, dark autumn forests.

Tangy greens, luxuriant in our mouths. There’s. Some. Interesting. Things. In. This. Salad. said The Girlfriend. She cooks very simply, this one, enjoys distinct, clean flavours. The rustic Italian slow-food approach is perfect for her. 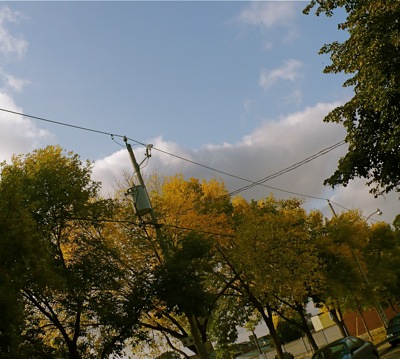 This is a pizzeria with a manifesto, a kind of Dogme 95 of pizza “The pizza, at the end of the cooking process, will emanate a characteristic aroma, at once perfumed and fragrant,” according to rules set out by the European Union and the Vera Pizza Napoletana Association (on their website).

And their kitchen is as ‘green’ as they can get it. They convert kitchen grease into biodesiel fuel. Green electricity, fair trade coffee.

We left happy – blissed out, actually. The evening air was blue, purple at the edges. I Think That Pizza Could Get Us Through The Winter I said. 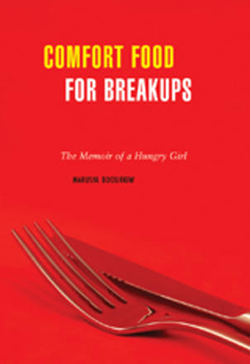